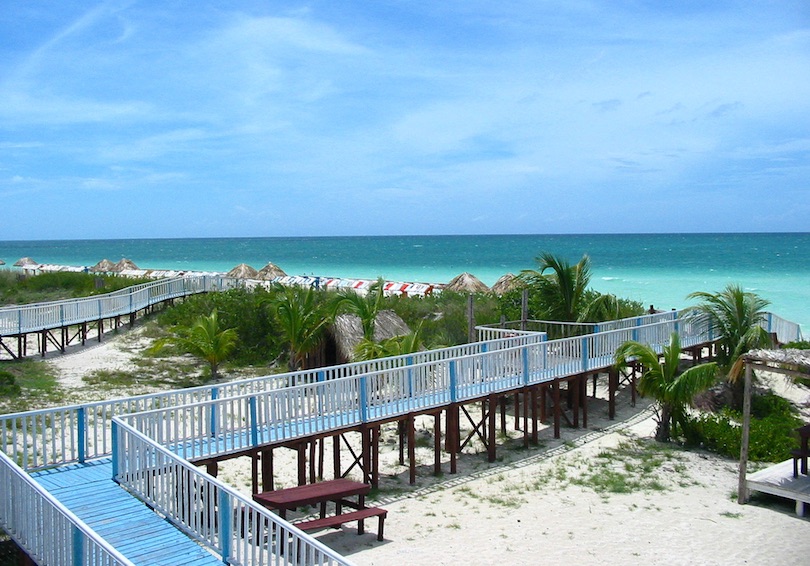 Just north of the mainland, and connected via bridges, is the archipelago called Jardines del Rey. Jardines del Rey, or Gardens of the King, is a chain of islands including Cayo Coco, Cayo Guillermo, Cayo Paredon Grande and Cayo Romano. The islands weren’t true tourist destinations until the 1990s, when the first hotel was built. Even today, many visitors come for the fact that the chain is still largely undeveloped. Playa Pilar on Cayo Coco is one of the most beautiful and popular beaches, and it is located just steps from a number of all-inclusive resorts.

On the far western tip of Cuba is the small town of Maria la Gorda. While Maria la Gorda might not have a lot of infrastructure or big tourist attractions, it still gets plenty of visitors throughout the year. That’s because Maria la Gorda is one of the top diving destinations in the Caribbean. If you’re a scuba diver, then make your way to the area for guided trips out to sea. The underwater marine life is rich, and regular trips depart from the marina. Many visitors opt for an inclusive package that combines accommodation, dining and diving in one price. Snorkeling trips are also popular, though less common than diving excursions.

While Havana might be the modern capital of Cuba, it wasn’t always the center of Cuban politics. Baracoa is sometimes known as the First City, and it was the very first capital of the island. Baracoa was founded in the early 16th century by famed explorer Diego Velazquez, and it retains much of its colonial architecture. The Catedral de Nuestra Senora de la Asuncion is just one example worth checking out. Baracoa is also a great base for visiting El Yunque, a mountain overlooking the city where visitors can hike and explore the green, lush rainforest environment just 30 minutes from the beach.

Cayo Largo del Sur, also known just as Cayo Largo, is a small island off the mainland of Cuba. If you are visiting Cuba in order to find gorgeous, uncrowded beaches, then it makes sense to visit the resort-like island of Cayo Largo. The largest and most popular beach on the island is Playa Sirena, the perfect spot to unwind and soak up the sun. Common activities on Cayo Largo include swimming, snorkeling, surfing and kayaking. The Marina is a hub for the island, and it is also where you’ll find the fascinating sea turtle hatchery, which offers regular tours to visitors.

Cienfuegos is a city in Cuba that is unlike others on the island. Since it was founded by the French, rather than the Spanish, it has a unique atmosphere. The city is known as La Perla del Sur, or the Pearl of the South. For those who appreciate mid-century modern architecture, the peninsula of Punta Gorda is a must see. There are still many 1950s homes, many of which have been carefully preserved. The center of Cienfuegos is Pueblo Nuevo, where you can explore the history museum, dine at an outdoor cafe or take a Spanish or French language lesson.

Located in eastern Cuba, Santiago de Cuba is a coastal city known for its colonial history. Santiago de Cuba was founded in the 16th century by the Spanish, and it is known as the Second City of Cuba. The heart of the city is the Parque Cespedes, a central plaza that is surrounded by a number of historical Spanish colonial structures. In more recent history, the plaza was where Fidel Castro famously declared the revolution a success in 1959. You can also explore the Castillo de San Pedro de la Roca, a 17th century fortress overlooking the bay. 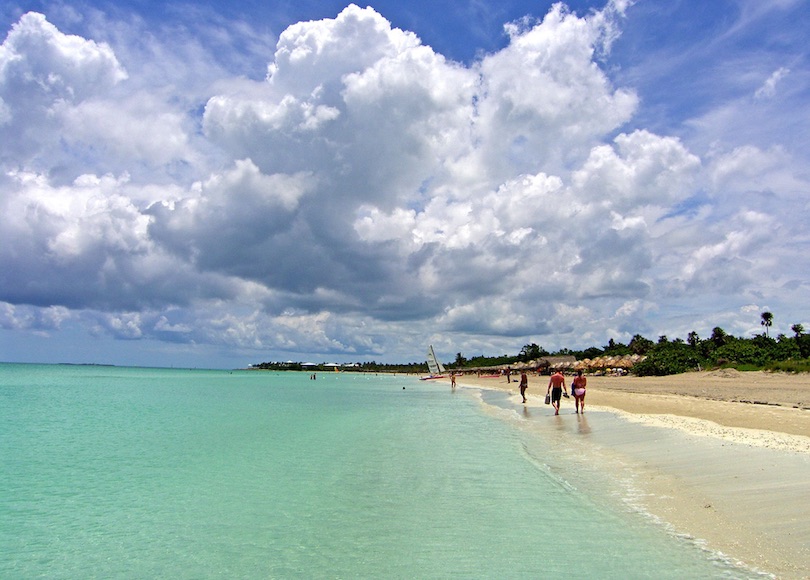 Just a short drive from Havana is Varadero, a popular beach resort town found on Hicacos Peninsula. Many miles of coastline let you enjoy views of the Atlantic Ocean, and the white sandy beaches and blue warm waters really are stunning to behold. While the gorgeous beach is the reason why Varadero is among the best places to visit in Cuba, there is plenty more to do. Parque Josone is a gorgeous park filled with botanical gardens, lakes, wildlife and bridges, not to mention music, vendors and even camel rides for kids. Also worth exploring are the Bellamar Caves, an extensive cavern system that been available to visitors for more than 150 years.

While Cuba has several national parks, none is so beautiful and accessible as the one located in the Viñales Valley. Viñales is known as a stunning destination, and history tells that it was Castro’s favorite place on the island. The valley is surrounded by mountains, tobacco still grows to manufacture iconic Cuban cigars and countless caves add an extra ounce of adventure for the intrepid traveler. One of the most popular caves is the Cuevas del Indio, or Indian Caves, where you can actually take a boat ride completely within the cavern system itself.

For those with a love of history or architecture, Trinidad is a great place to visit in Cuba. The heart of Trinidad is Plaza Mayor, the main square surrounded by neo-Baroque buildings. Next door to the plaza is a colonial convent that now houses the Museum of the War Against the Bandits, or the Lucha Contra Bandidos. After exploring the museum, walk uphill away from the Plaza Mayor to shop for handicraft souvenirs. Popular items for sale include hand-sewn tablecloths and napkin linens. Another of the breathtaking structures in Trinidad is the Palacio Brunet Mansion, which now serves as the Museo Romantico. Visit to admire a fantastic collection of 19th century artworks and antiques.

Last, but certainly not least, is the city of Havana. As the capital of Cuba and the major transport hub, virtually all visitors will spend at least some time exploring Havana. This sophisticated, retro and cosmopolitan city is known for its spectacular nightlife, but days offer just as much excitement. Start in La Habana Vieja, or the Old Town, where crumbling colonial buildings and vibrant mid-century structures stand side by side. Don’t leave Havana without watching cigars being rolled by hand in a small factory, or tasting some local rum fresh from the distillery. Mingle with the locals along Malecón, the seawall right along the coast that offers sea views and plenty of fun.